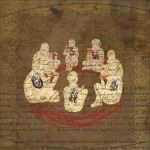 Within Ireland, higher education has been assigned a key role in promoting economic growth in the competitive space of the global market economy (Hunt Report, 2011). This paper examines the purpose of higher education for students in the context of the dominant narrative of the knowledge-based economy (KBE). Drawing on findings from an online survey of over 4,265 students, it shows that, while the KBE is one the most recent of economic imaginaries devised by governments to manage the population (Hay & Kaptizke, 2009; Jessop, 2008; Loxley, Seery and Walsh, 2014; Rose, 1999), and higher education is also defined as an insurance against the risk of under-employment or unemployment from a student perspective, students do not ‘buy’ into the official imaginary completely. The findings indicate that while the majority of students attributed a great deal of importance to market (employment) considerations, their employment imaginary was balanced against an affective imaginary, showing high levels of concern about securing their future care relations at an individual level. Risk is not only framed in terms of securing an economic future but also securing a relational future. Higher education students, especially female students, can be conceptualised as affective consumers of risk, offering a counter-narrative to the market ideology.