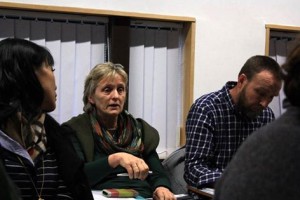 In the 19th century, when free primary education was first proposed in Europe, it was vehemently opposed by property owners on cost grounds; others claimed it might lead to social revolution as poor people would be able to read.  In the 20th century, the Council of Education Report in Ireland (1960) rejected the expansion of secondary education for different reasons but with a similar intent.  Although only 16% of the population was transferring from primary to secondary education in 1960, it suggested that there was no need for any change in secondary education (Coolahan, 1981, Irish Education, History and Structure, 79-81). It even stated that the majority of Irish people would not be intellectually capable of benefiting from an academic education!

We are now in the 21st century and once again there is an attempt to limit access to education, in this case, higher education, not by formally excluding people but by making it increasingly expensive, through inadequate maintenance grant support, through increased fees and the removal of financial supports (grants) for those on low incomes.

The rationale for limiting access to post-secondary education is based on old and new logics; that it is too costly for the state (which begs the question, who is the state, and for whom is it too costly) and that education is a private rather than a public good. The solutions being proposed are to make higher educational colleges rely more on private and commercial funding[1], and to individualise and privatise the cost of higher education. It is suggested that Irish students should take on debt (loans) to pay for their higher education rather than receive state supports or grants.

Debt is a payment to the better off from the less well off. It is a transfer of wealth from those who are poorer to those who are richer at a given time, very often from younger poorer people to older and richer people. Taking on large loans (be it mortgages or student loans to pay fees) is about storing up debt and anxiety for the future. Loans and debts limit choices: they tie people to paying back debts and have an opportunity cost. Being in debt may mean staying in jobs you dislike or even hate; debt is a form of control and needs to be seen as such (see Sanchez Bajo and Roelants, Capital and the Debt Trap, 2011).  The dangers of going into debt for higher education is best seen from the US as it has operated a loan system for a long time: student debt in the US has already surpassed the nation’s credit card debt, and is well over $1 trillion US dollars; some regard it as the new ‘bubble’ waiting to burst (Goodnight, Hingstman and Green 2015, ‘The Student Debt Bubble’ Journal of Cultural Economy, Vol. 8, 1). In Ireland, there needs to be a national recognition about the dangers of private debt not just public debt.

Cuts to Education and Student Debt

There have been a number of really pernicious cuts in further and higher education that are profoundly class-biased and minority-biased since the financial crisis.  New entrants under the Back to Education Allowance (benefiting the disabled, lone parents and unemployed) no longer get maintenance support. This makes it almost impossible for those mature students on low incomes, or those with young children who need childcare, to return to third-level education.

What has been happening since the crisis is that many students are becoming impoverished due to lack of supports for all the direct (fees, books, laptops) and indirect costs (travel, food, rent) of attending college. Between 2010 and 2011 alone, students were among the groups that showed a statistically significant rise in their at-risk of poverty rate:  while 22.7% of students were at risk of poverty in 2010, this rose to 31.4% in 2011 (CSO, 2013: 4)[2]. Over one third of all students, 33.7%, were at risk of poverty in 2014.[3] Yet, we have no national study of student indebtedness in Ireland. Such a study is urgently required.

Moreover, those students from low-income families who receive grants at undergraduate level (46% of all those in College), and who need to do a further degree/diploma to qualify for a job (such as the PME required for second-level teaching[4]) with some minor exceptions, now receive no grant for fees. The removal of grants for postgraduate education has created a social class advantage in the labour market for those from upper-income families as others often cannot afford postgraduate qualifications. The economic advantages that the better off already enjoy in Ireland[5] both within and without education is being reinforced through cutbacks and fees for those who are less well off.

Education as a Public Good and Human Right

Education is a human right. Not alone is it recognised as a human right at primary and second level, there is a requirement under Article 13(2)(c) of the International Covenant on Economic, Social and Cultural Rights that states parties (which includes Ireland) take steps towards the introduction of free higher education. The Committee on Economic, Social and Cultural Rights (CESCR) has confirmed that states parties should make higher education progressively free.[6]

The reason higher education should be free is because it is indispensable for realising other rights and mediates access to many social goods, including employment, political participation and cultural goods. It enables people to know the world, to think freely, to make choices and to overcome prior disadvantages. While further and higher education is a private good as it enhances the enjoyment of life itself, it is also a very substantial public good: it enriches social, cultural, caring and public life; it benefits employers, businesses and industry by providing them with skilled staff; it benefits the body politic by enhancing people’s abilities to participate; and it enables the country as a whole to compete internationally for investment where advanced specialist education is a growing requirement.

Taking into account involuntary part-time work, and workers marginally attached to the labour market, the youth employment rate in Ireland is much higher than is admitted, closer to 45% , and Ireland has one of the largest rates of youth who are neither in employment nor in education (NEET) (Figure 14, OECD Economic Surveys: Ireland 2013: 28-29). Given this situation, it is both counter-intuitive and counter-productive to prevent students from low-income families from benefiting from higher education.

The solution to the funding challenges of higher education is to fund it from general social expenditure, through increased taxation if necessary. This would mean higher taxes on capital (especially financial capital that involves mere speculation), taxing businesses that benefit specifically from the human capital provided via higher education, taxing unearned wealth, and taxing those higher earners who benefit from publicly-funded higher education. The solution is definitely not increase fees and/or to force young Irish people into debt through a loan system.

[1] Public funding accounted for around 80% of the higher education sector’s core income in 2008; the government now only provides 65% of higher education funding. Ireland is now out of line with most of its EU partners: 79 per cent of funding in EU21 countries comes from public sources (OECD Education at a Glance, 2014Table B3.2.c). In Germany, fees of €1,000 per year were introduced in seven of the sixteen Länder in 2006–07, but were abolished by 2014/15 following widespread protests. (Expert Group on Future Funding for Higher Education, Discussion Paper, October 2015). Ireland is second highest in the EU in fees terms, at €3000 per annum, among that small number of countries that charge fees. England has the highest fees in Europe (but it is the exception not the norm!): students pay £9,000 (€12,000) per annum. Scotland does not charge fees to its own students. European Commission/EACEA/Eurydice, 2015. National Student Fee and Support Systems in European Higher Education – 2015/16. Eurydice Facts and Figures. Luxembourg.

What the Irish government has done is to reduce higher education funding per student to such a degree that it is now lower per capital than funding for 2nd level students. The level of core funding per student has fallen from €11,750 in 2008 to €9,250 in 2015. Academic staff to student ratio fell from 15.5 in 2008 to 19.5 in 2015 (Expert Group on Future Funding for Higher Education, Discussion Paper, October 2015).

To meet the deficit, it is proposed the colleges take in more full-fee-paying students, (i.e. fewer Irish or EU student); that courses be self-funding (obviously courses that are likely to have less commercial value are devalued); and that colleges undertake more applied, commercially-led research (Department of Education and Skills (DES). (2011). National Strategy for Higher Education to 2030-Report of the Strategy Group).

[5] Children of professional/managerial households have access to a wide variety of costly extra-curricular activities to develop their social, personal and cultural skills (language exchanges, summer programmes in the Gaeltacht, classical music, the arts etc.) that are too costly for others but that matter in tight labour market situation for career advantage. Moreover students from well-off families have access to social networks that enable them to get the best-paying and most prestigious jobs even where their educational achievements are no better than those from lower-income families (see Maurizio Franzini and Michele Raitano, 2013, ‘Economic Inequality and Its Impact on Intergenerational Mobility’, Intereconomics, No. 6: 328-335)