The IRC Equality Research Project and the UCD School of Education

invite you to a public lecture 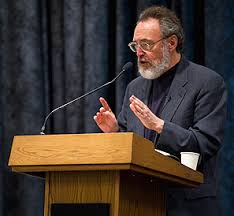 Michael W. Apple is the John Bascom Professor of Curriculum and Instruction and Educational Policy Studies at the University of Wisconsin, Madison.  His lecture is based on his most recent book Can Education Change Society (Routledge, 2013) which has been translated into Chinese and Korean (2014) and is now being translated into Portugese and Turkish.

Michael has held Distinguished Professorships at the University of London, University of Manchester and Northeast Normal University in China.  A former elementary and secondary school teacher and past-president of a Teachers’ Union, he has worked with educational systems, governments, universities, unions, and activist and dissident groups throughout the world to democratize educational research, policy, and practice.

This is a free, ticketed event. Please reserve a ticket online at: https://ircequalitypublictalk.eventbrite.ie